These cities of the Chilean Lake District are surrounded by abundant and rich nature: volcanoes, thermal waters, lakes and ski resorts, among other attractions. This area was colonized by German immigrants and the remains of those who first arrived are still to be seen in the buildings and traditions.

Over the past decades, Puerto Varas accommodation and tourism services grew remarkably and today Puerto Varas is the most important of the two cities in terms of tourism. It is settled on the banks of the Llanquihue Lake looking onto the Osorno and Calbuco volcanoes. Last but not least, travelers can enjoy the local cuisine and the historical culture enriched by legends and myths giving the place a special touch of mystery and charm. This is one of the Chilean meeting/redemption points of the Andean Lakes Crossing, and there is also a connection to Argentina through the Vicente Pérez Rosales border point.

Puerto Montt is a trade port and has an international airport that gives connectivity to the region. While this city is structurally bigger than Puerto Varas, it has not grown as a tourism destination but rather as a corporate center. 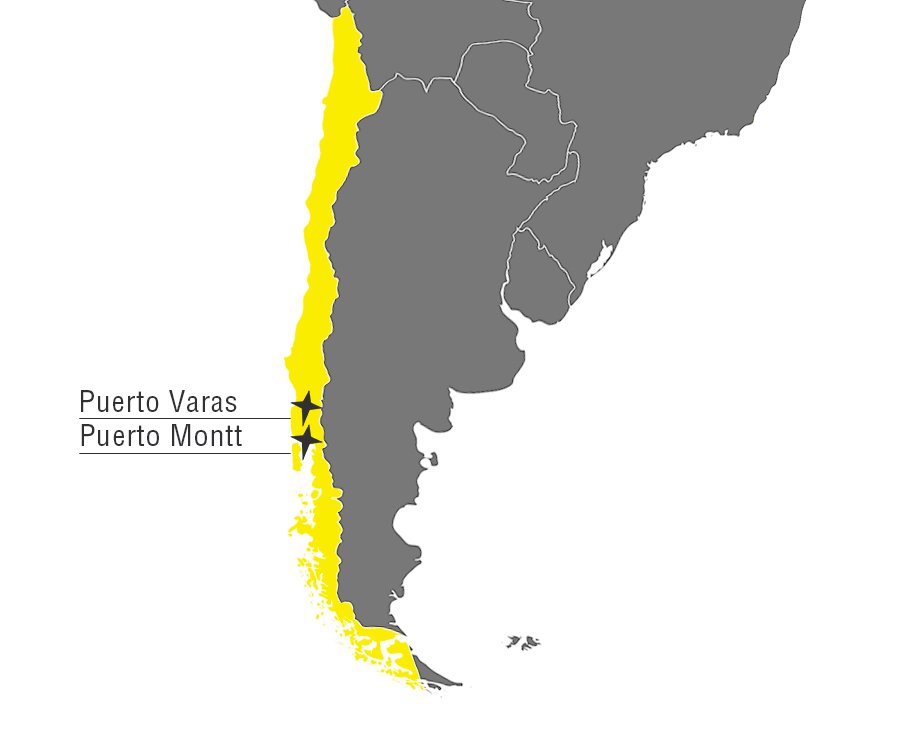 Rainy temperate climate. Rainfall all through the year and increasingly heavier from north to south.

Summer sky is partly cloudy while the winters are cold, wet and mostly cloudy.

Visit the town of Frutillar, the Osorno volcano and the Island of Chiloé.