The province of Salta borders onto six provinces in addition to Chile, Bolivia and Paraguay. Salta is the capital city of the province with strategic connectivity and unique services offer in the region.

The north of Argentina is filled with tradition; it is in the north where the true Argentine people are. First, it was the native peoples and then, the conquistadores, they all contributed to a mixture of races that gave birth to the identity of the men and women now living on these lands. The way they talk, their music, their dances and even their clothes make Salta people special, serene, cordial and nice.

The province of Salta has diverse landscapes: an arid desert to the west and a luxuriant jungle to the east, with valleys and gorges in the middle.

The Train to the Clouds made Salta known as a tourist destination, but the place is actually the gateway to all the north-western attractions of Argentina.

The Cafayate Gorge is a unique natural wonder all across valleys, canyons and all sorts of mountain formations. The village offers wine tours and the highest vineyards of the world lie adjacent to this little town. This is the land of the Torrontés wine grape.

Tours also include the villages of Cachi, Iruya and other historical villages where houses are made of sun-dried brick, evidence of eternal past times. The mythical Route 40 crosses the province with worthwhile sights and views just around the valleys.

Salta is very beautiful; it’s the kind of place that makes you fall in love. 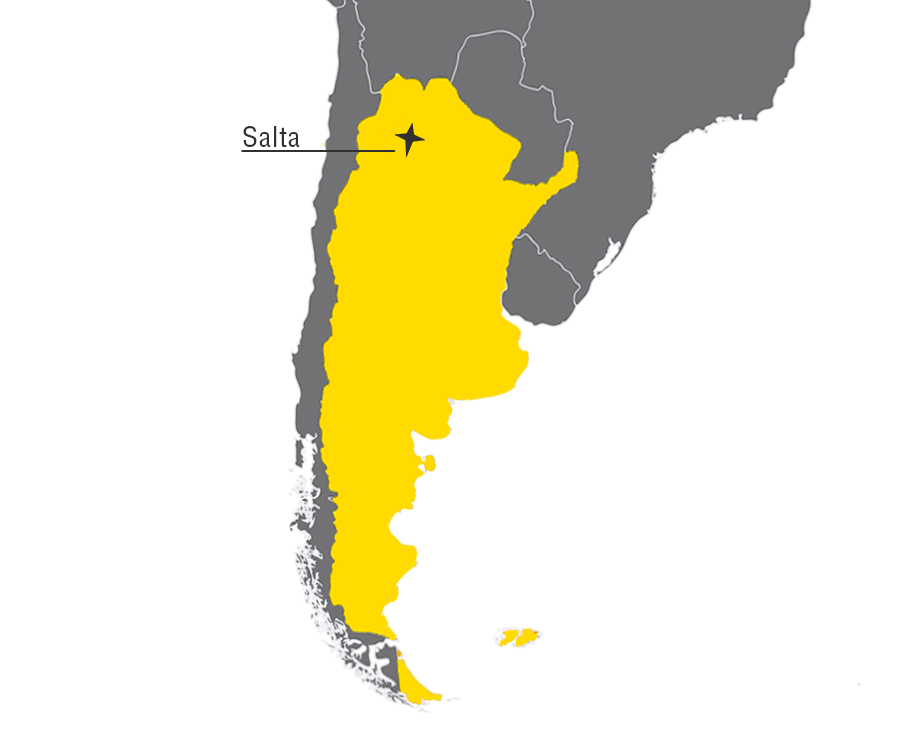 Across the high Andean plateau, Puna, there are abrupt temperature ranges with little rainfall.

Weather conditions at the gorges and the hills are milder.

Visit Salta’s folk clubs. Taste the local food and the Torrontés wine. Stay over in Cafayate and drive on the mythical Route 40.